A Roadmap to Future 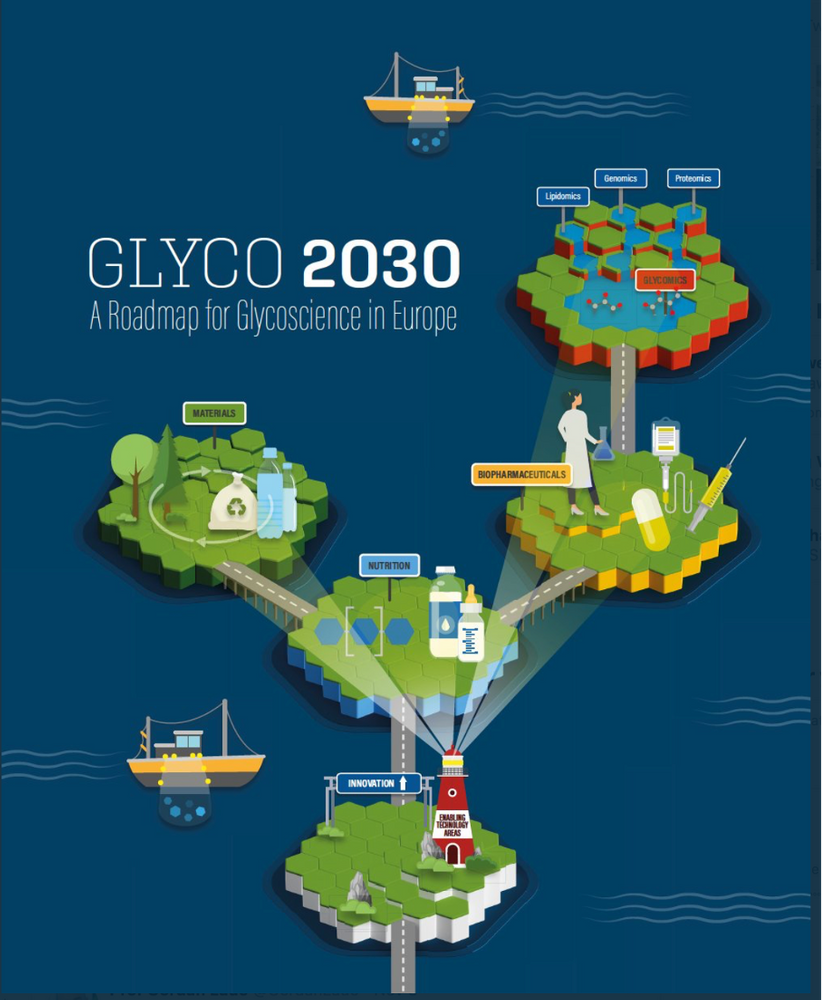 A great deal of achieving a sustainable tomorrow relies on making roadmaps for a required targeted research today. For that reason, member states of the United Nations created an initiative in 2015 for reaching global sustainability by 2030. This agenda consists of 17 Sustainable Growth Goals, and glycoscience plays a role in achieving eight of the seventeen. Namely, alleviating hunger, achieving good health and wellbeing, producing clean energy, innovation in the industry, responsible consumption and production, climate action, mapping life below water, and mapping life on land.

Though many of the goals sound ambiguous, they all address pre-existing issues, further highlighted by UN Climate Action Summit 2019 and Horizon Europe, with a new framework program set to begin in 2021. Glyco 2030 recognizes these international goals and defines priorities in the field of glycoscience. Some of the priorities include developing carbohydrate-based vaccines for bacterial strains showing resistance to antibiotics, glycoengineering of the biopharmaceuticals for better and safer drugs, glycan-based diagnostics and precision medicine, defining the role of carbohydrates in gut health, and engineering carbohydrate-based sustainable biomaterials.

Human Glycome Project also found a place in the Glyco 2030 initiative. Glycans are instrumental for the function of human cells and proteins, playing a pivotal role in maintaining health. A link between glycans and many diseases, including autoimmune diseases, cardio-metabolic diseases, and cancer has been identified. For instance, human milk oligosaccharides act in strengthening an infant's immunity by promoting interactions with 'good' bacteria in the intestine and can successfully prevent Celiac disease, Chron's disease, and Inflammatory Bowel Syndrome in adults.  On the other hand, glycans that coat cancer cells differentiate them from the surrounding tissue. This difference could potentially be utilized to search and destroy malignant cells. Additionally, human cell glycans also participate in host-pathogen interactions, e.g., providing an entry point for the Sars-Cov-2, a virus causing the COVID-19 pandemic. These and similar findings open the gates for the new era of glycan-based diagnostics and therapies but mapping the glycome of human organs and tissues will be the first step towards achieving it.