Kris Gethin - a Bodybuilder with a Different Approach and Dedication 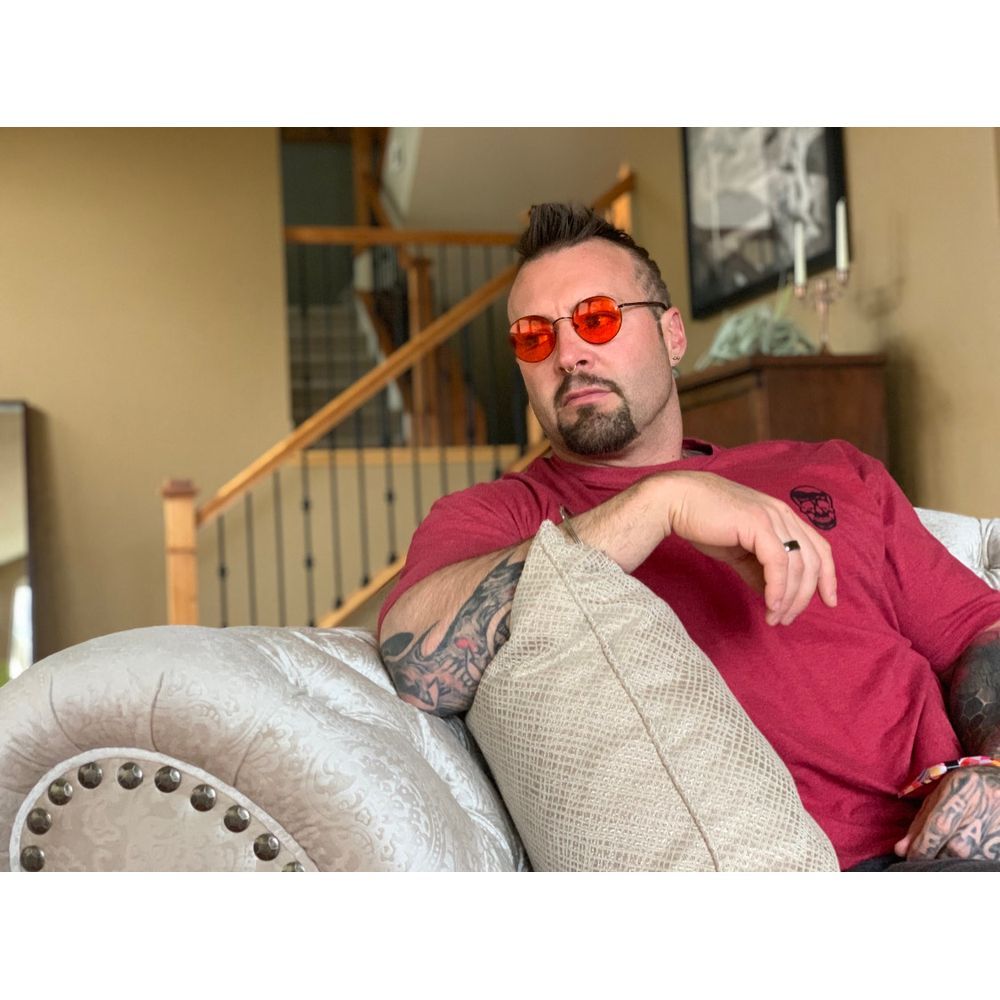 The second thing that comes up after typing into Google “Do bodybuilders…?” is “die young”. The first is “take steroids”.

Kris Gethin is adamant they don’t die young – or at least the ones that avoid steroids can live to a ripe old age. “Look at the bodybuilders who competed with Arnold Schwazenegger. He’s in his 70s, so is Robbie Robinson. All these guys are still around. I don’t think bodybuilders die any younger than the average person. It’s the obese, it’s the diabetics, it’s the stressed that die young.”

Gethin, 47, is a professional bodybuilder, coach, an entrepreneur that runs a supplements company and set up a gym chain. He came second in the Natural World Bodybuilding Championships, an event where competitors have to be tested to prove they haven’t taken steroids. But more than anything he’s obsessed about living to a healthy old age. “I see so many elderly people – and not even that old – dealing with so many health issues. They're either in the hospital or retirement village or they're now in a wheelchair or Zimmer frame, and they shouldn't be.”

Gethin, who grew up on a farm in Wales and now lives in Boise, Idaho in the US, is determined to avoid this fate. He is, however, well aware of the various studies that show many elite sportsmen put their bodies under too much pressure and the fastest route to an early grave is pumping iron addictively.

“It’s not just bodybuilders. Endurance athletes are even worse. They produce so much inflammation in their body from overtraining. Their cortisol levels are high, their heart rate variability drops.”

What is fascinating is that despite weighing 15 stone (95.5kg) and having biceps the size of rugby balls, Gethin’s GlycanAge is not elevated. Far from it. It is 26 – more than two decades below his chronological age.

How has he managed to achieve such a low age, when many professional sportsmen end up with a higher GlycanAge (often 15 years higher) than their chronological age?

Well, it’s a mixture of daily meditation, a sensible diet (involving lots of whole foods), six meals a day, sleep and exercise. And that exercise is no more than an hour of cardio and 45 minutes of weights a day. “The only reason why people would train for hours is because they're scrolling on their phone while they're not taking their workout seriously enough.” For him three-quarters of an hour intense training, four or five times a week is plenty. 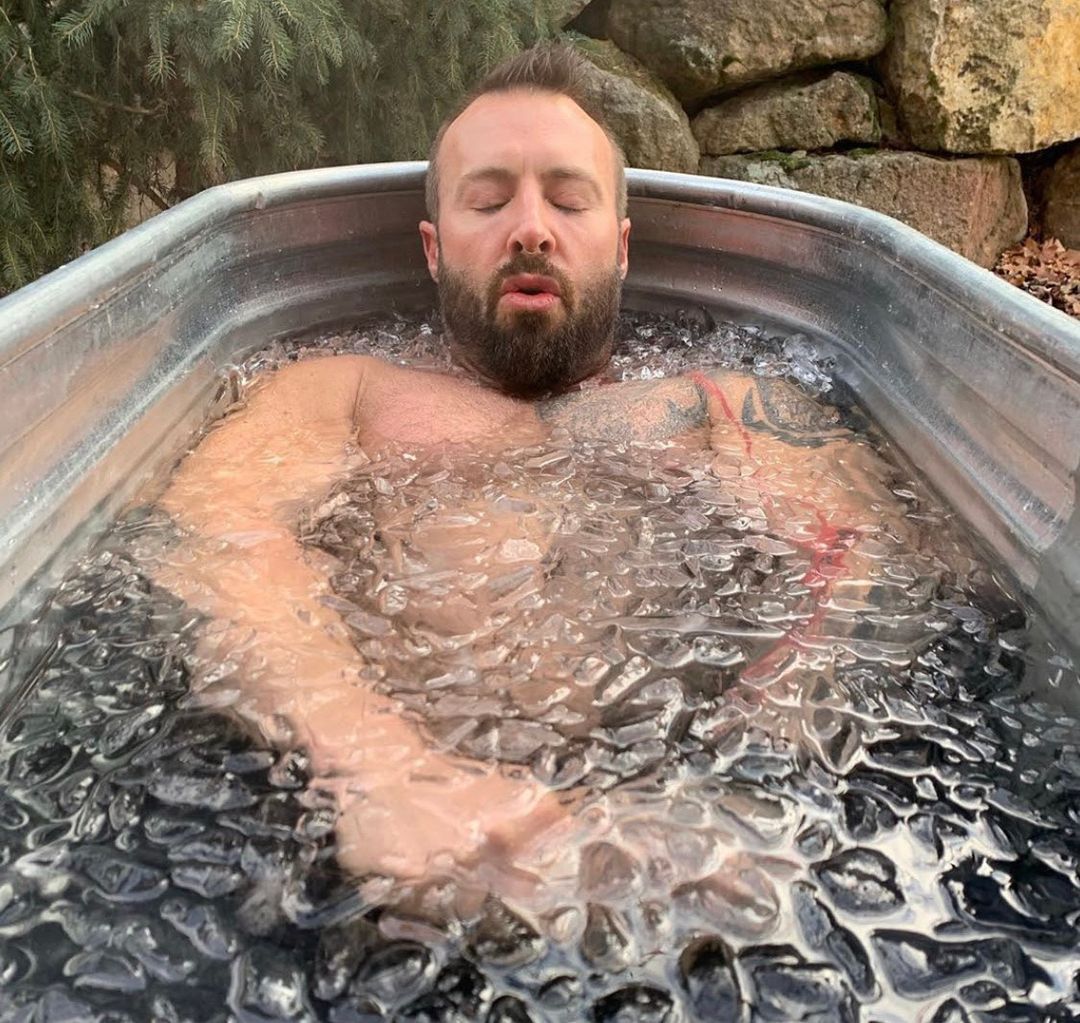 But, frankly, he has also signed up to some fairly far-out stuff, including “earthing”, which involves taking your shoes and socks off and standing on some soil to “absorb the negative aeons from the earth”, according to Gethin, who is suspicious about the effects of WiFi, mobile phones and MRI scanners. “I want to make sure that I'm getting rid of a lot of this electro-sensitivity that could be running through my body.”

Daily 30-minute infra-red saunas, followed by ice baths are another part of his routine. The most extreme element, possibly, is his waking hours. He gets up at 4.30am and goes to bed at 7.30pm. “I try to adhere to my circadian rhythm. If you think about our ancestors – they would go to bed at sunset. The only light that they had was a campfire. Artificial lights, screens and TVs keep us awake.”

To really ensure he keeps potentially damaging blue light away from his eyes, he wears yellow glasses during the day in the gym (or anywhere else lit by LED lights) and red-tinted glasses in the evening. “I block blue light so I can release melatonin naturally, without having to pump a lot of melatonin supplements.”

He takes it one step further by ensuring all the light bulbs in his bathroom and bedroom are red. “It looks like a brothel from the outside” he laughs.

Doesn’t his wife object? “She really isn't into this sort of stuff but she feels just that much calmer because of it.”

One thing that she does avoid, however, is Gethin’s weekly coffee enema on a Monday. After discovering the benefits of colonic hydrotherapy, he thought he’d try a DIY version. It’s a simple matter of filling a bucket with filtered coffee, which is placed higher than your body (for gravity to work) attaching a tube, the other end of which “you put up your butt” and then just lying there. “You have to kind of be focused and relaxed. You let that stay there for about 10 minutes, then you just let it out.”

He insists that it detoxifies his body. “I used to have very high liver enzymes. I get my bloodwork done every three to six months, but ever since I’ve been doing this my liver enzymes have been perfect.” 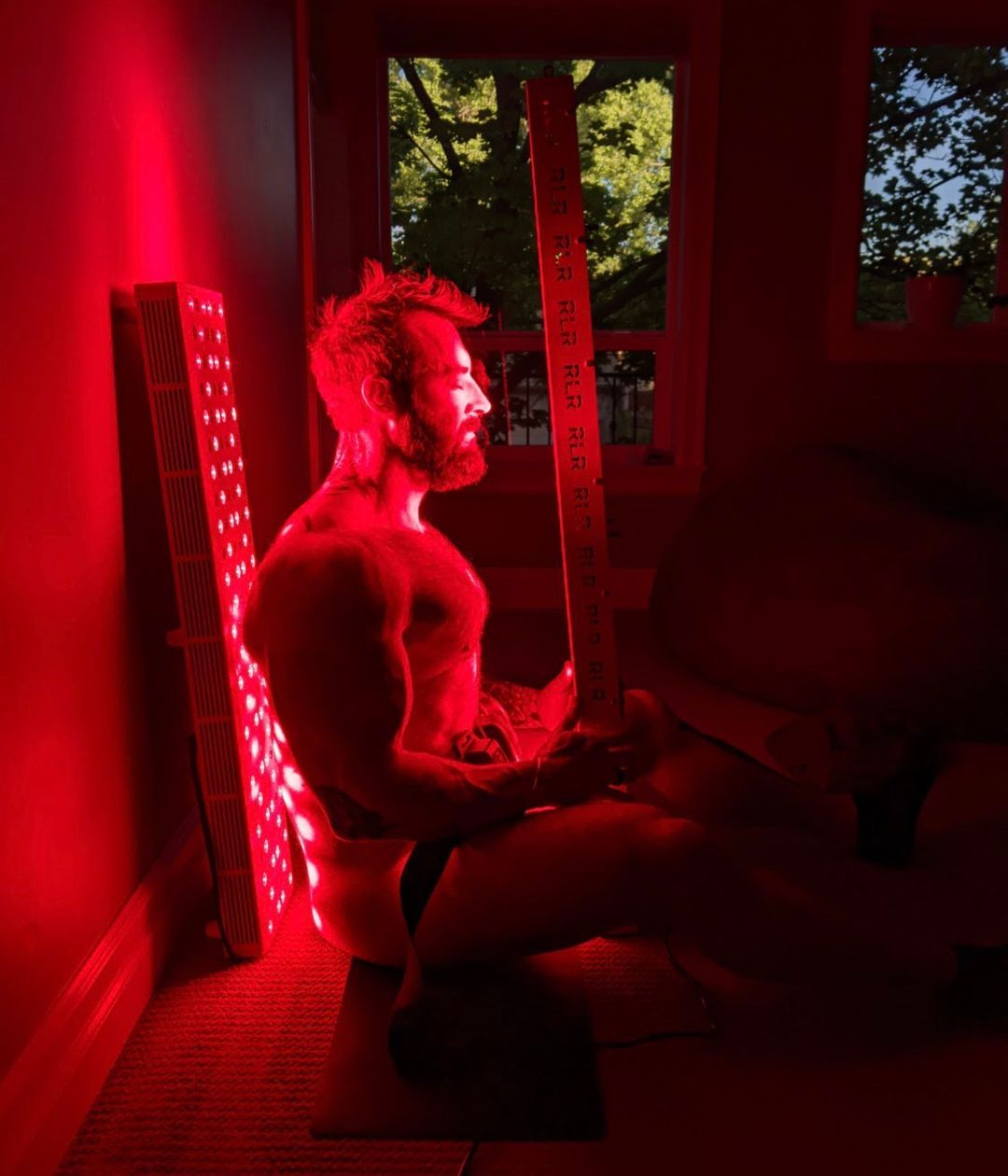 His weekly routine won’t be for many people. In fact, it won’t be for most. But Gethin is determined that when he is well into old age, “I want to be in good mobile functional health. I want my hearing, I want my eyesight, I don't want to have Alzheimer's, so I'm just investing in my future.”

*Notes from the GlycanAge Team*

Kris is also supplementing with Glutathione, NMN and Glycine (the latter to help balance the Methionine found in muscle meat) and he only eats organic, grass-fed, wild-caught and humane raised while avoiding vegetable oils and sugar. Our team is keen to explore each and every health intervention targeted at human longevity in research, as long as the requirements of the study pass the standards for ethical approval. If you are doing research in this area or are planning to, please do get in touch with us to include glycans and GlycanAge in your study