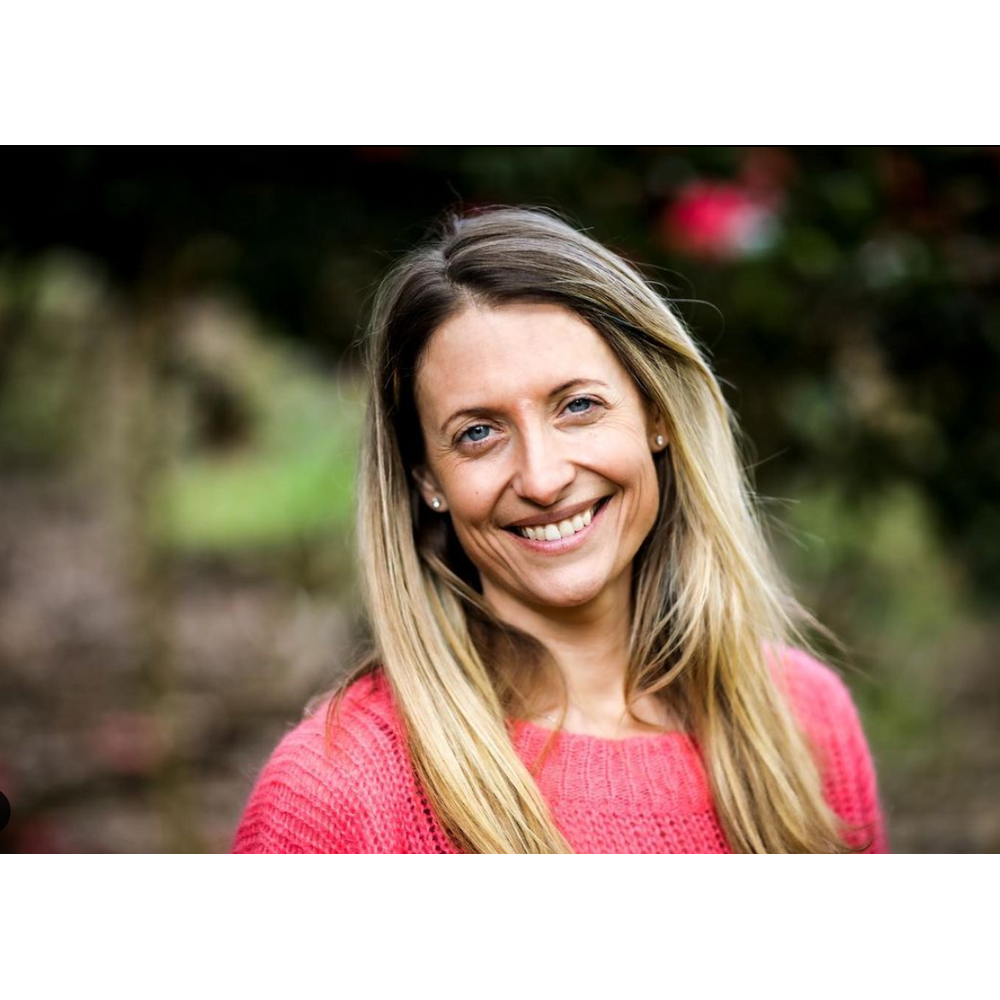 Kate Rowe-Ham is here to show women just how to navigate their way through their menopausal years successfully.

Qualifying as a personal trainer later in life - after a career in film and television and entering motherhood – it was after having her third child at the age of 40 and finding she struggled to lose the baby weight, that she saw there was a gap for women of her age with children and families looking to exercise. ‘I started doing Joe Wicks workouts from home because I couldn’t really get to a gym, affordability, all of those things again that I think will relate with a lot of people and having the time to get out. Then I thought, you know, there’s nothing that really resonates with me as a busy mum, managing a family. I wanted to talk to women like myself who could understand, so I thought, ok – let’s do this’.

Kate set up an Instagram account offering free workouts aimed at women like herself with young children and busy families. But it was later during this journey that she found herself in perimenopause and suddenly feeling as though she’d been hit by a train, which forced a change in how she was doing things for herself.

Around the beginning of March 2020 is when she recalls things being at their worst. The combination of the lockdown, homeschooling and gyms being shut along with night sweats, heart palpitations, anxiety and breathlessness all contributed to also making worse choices around food and alcohol. ‘All of these things were happening and I didn’t really know what was going on. I actually thought I was dying from something terrible, and I called the doctor.’ Kate felt like life was out of control.

It was only when she ended up in touch with Newson Health that she realised she was in the throes of perimenopause, and this was when she first came across the GlycanAge test. ‘I’m really intrigued to actually find out what lifestyle changes one can make because you can see lifestyle changes – I can see that I look better than I did a year ago and I feel better – but what does that say about what is really going on inside? I loved the idea behind, you know, your biological age, and making those changes to see what might have an impact.’ 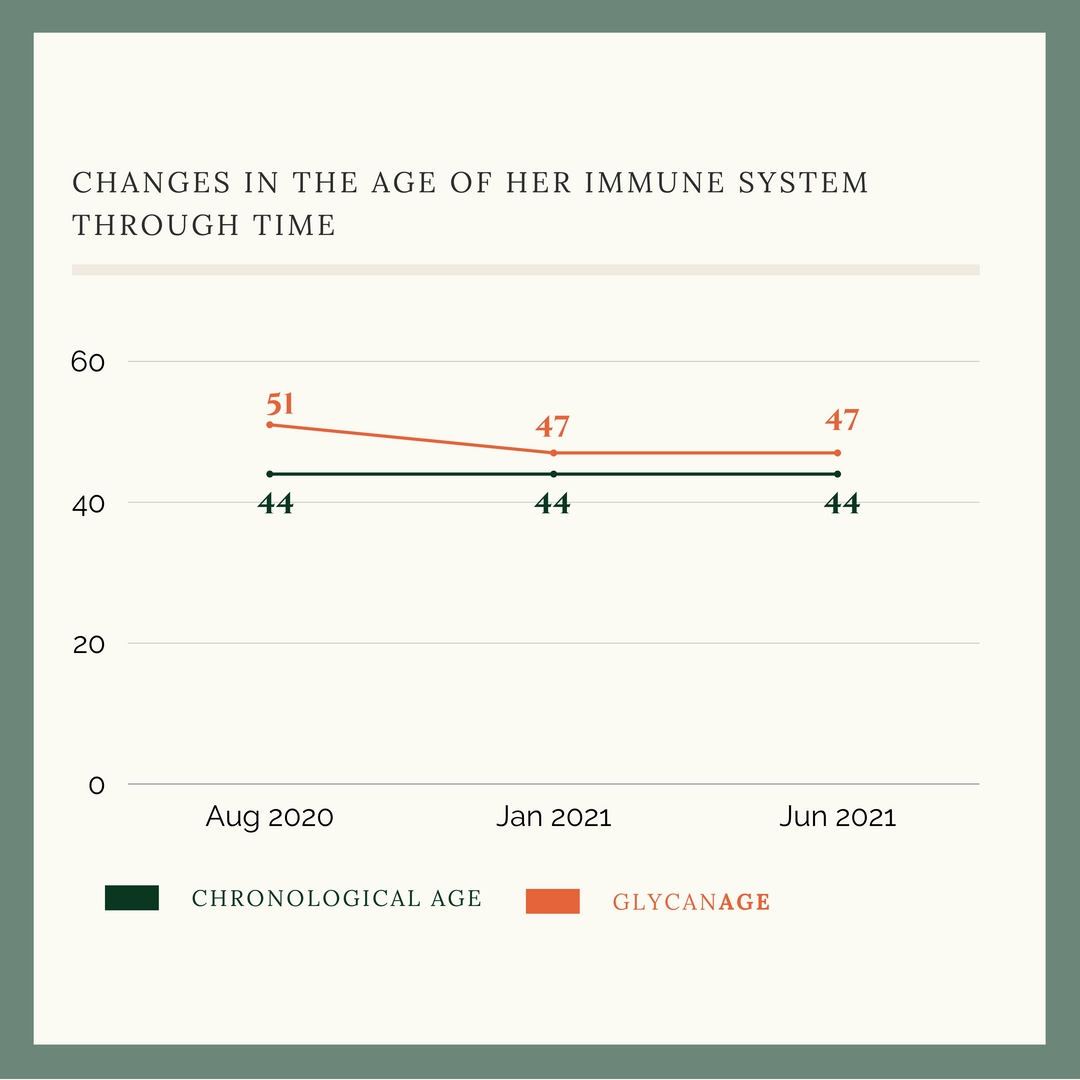 Kate started to learn more about inflammation and the lifestyle changes and behaviours that can drive this upwards, including over exercising. She took her first test at the age of 44. ‘I obviously looked at what everyone else had done, you know you see these guys who do whatever and they’re 44 but their biological age is 20, and I was like ‘yes!’ this is going to be me!’ But on the background of a year full of life stresses and perimenopause, the result came back with a biological age of 51 - forcing Kate to realise that things needed to change and question what she could do to improve her result.

It was around the same time that she first started taking hormone replacement therapy (HRT). She had a consultation with a GlycanAge healthspan doctor and this highlighted the role that HRT could play in reducing inflammation, along with addressing issues with sleep and stress. Due to the ongoing pressures of life and work, however, sleep and stress management initially fell completely by the wayside and her alcohol and nutrition choices were still less than ideal.

‘In a way that whole menopause journey made me look at everything, because I started to look at the way I was training and all of those things. So then, by the end of the year I gave up alcohol which enabled me to make much healthier lifestyle choices.’

She found that as well as giving up drinking, the HRT had a profoundly positive impact on her sleep, night sweats and anxiety levels, allowing her to feel calmer and more in control of her decisions around food, relaxation, and exercise. 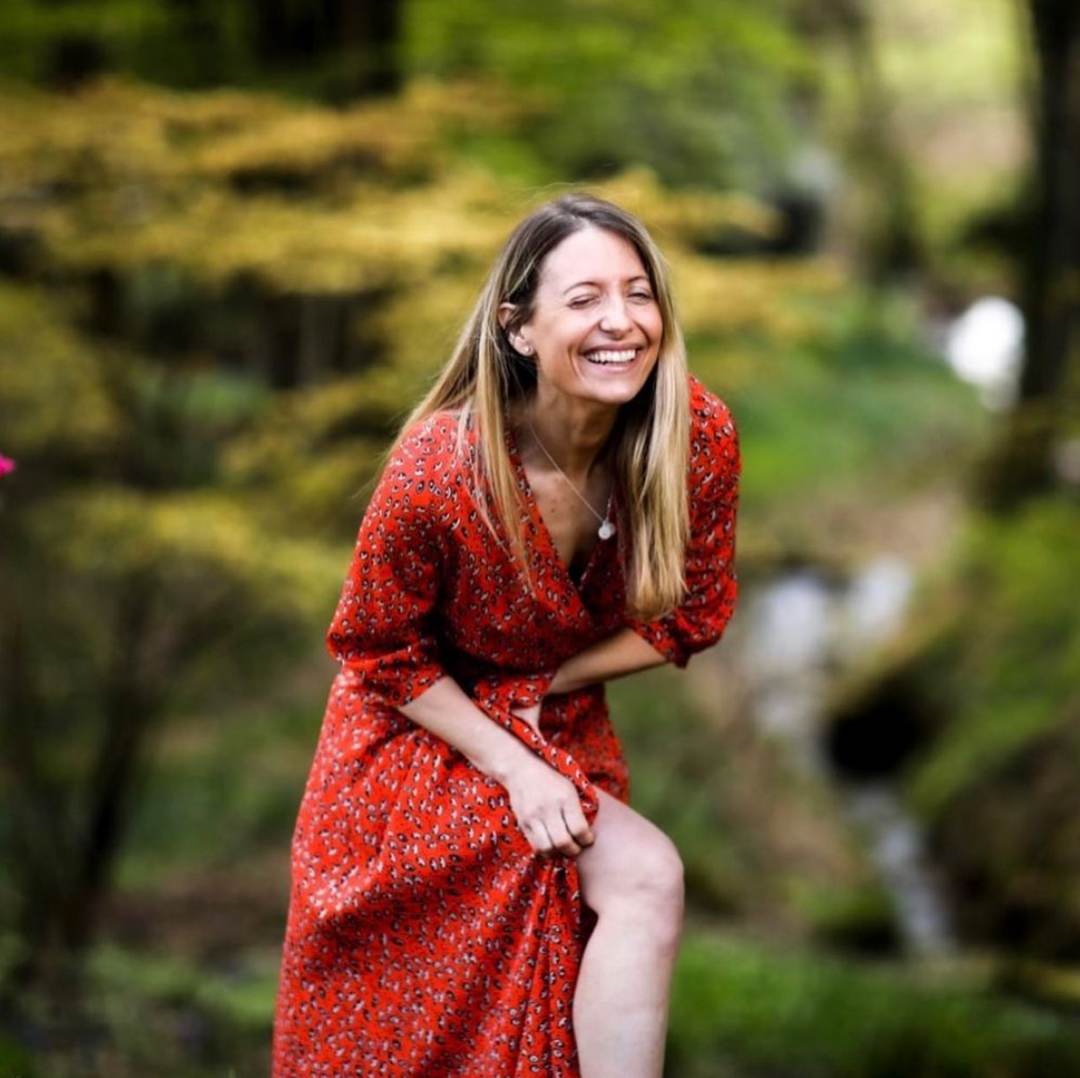 Kate took her second GlycanAge test six months later and the result this time was 47, a reduction of 4 years. ‘I was really pleased, because it’s like when you go to the gym and you’re chasing a number, and that for me was like wow, so what I am doing has had an impact.’

She does feel that the level of stress she’s been under over the last year has probably prevented this number from coming down any lower, but strongly believes that taking the HRT and having made lifestyle changes, she feels so much better able to cope.

After her second test, the focus was really on trying to address stress management and relaxation. Mindfulness, breathwork and active relaxation were high on the agenda, but switching off isn’t something that comes naturally to Kate. Despite all this, however, she finds that she’s calmer overall and feels so much better in herself. An increase in the dose of her HRT seems to have contributed to this also. Just listening to her relate this story, the sense of calm and relief compared to the Kate of a year ago is almost palpable.

But she describes some of this journey as terrifying. ‘Nobody likes change but we have to sort of take a step back and think, you know you don’t have to look miles into the future, but where do you want to be?’ she muses. ‘I just thought, I can be a better mum, I can be a better wife, I can be a better friend, because I was just so all over the place last September, just so emotional, that it was really hard on everybody around me.’

She reflects on the perimenopause hitting her like a train, leaving her feeling like she didn’t know what was going on – and this made her feel scared and afraid. The impact was felt in the entire family. Now she describes herself as feeling much more present at home and in her family life. 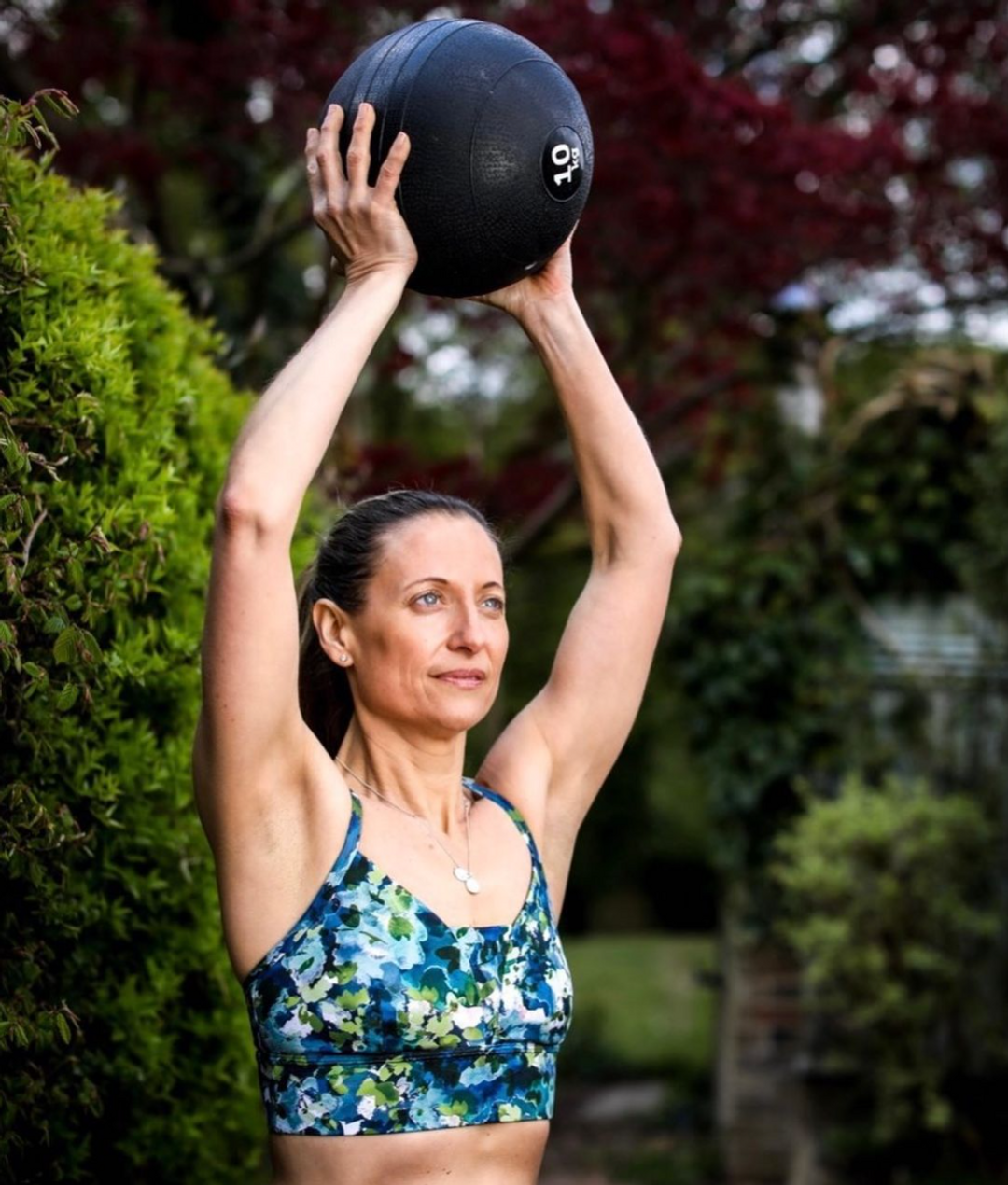 Kate is now on a mission to speak out for other women who are battling with the changes around perimenopause at the same time as juggling home, work and family life. She says of the challenges facing women at this time; being determined to feel better can be a big driver behind making the changes needed. Ask yourself if you want to go back to how you were feeling or move forwards. Think about having the strength and energy needed for the challenges ahead in life and being able to support everyone around you. But also, put yourself first. ‘We all always put ourselves last. I was bored of not putting myself on the priority list, the to do list. Now I’m doing things for me and I think that in not feeling where I was at last year, that’s given me the clarity to move forwards because my body is being nourished, I guess, in a better way than it was before.’

Kate’s advice is to remember that you’re not alone. You’re not going crazy and you’re not invisible or losing your mind. Don’t be scared to get help – there is help out there in the form of resources including the Newson Health website, Dr Naomi Potter and other menopause doctors. Kate herself offers advice in pointing women in the right direction. ‘What is key is knowing that it can get better and women don’t have to be written off or to be afraid.’ she says. She feels that this demographic is poorly represented in the media and has no voice. The depiction of menopausal women being seen as hunched over and using a walking stick has long been held, but Kate can’t help wondering where the images of the strong, powerful women in mid-life and beyond are?

‘I feel the strongest I’ve ever felt in my whole entire life and I’m 45, and this is just the beginning. I’m going to carry on building strength mentally and physically for as long as I possibly can. Don’t give up on yourself. It’s never too late.’

Kate’s Instagram account is @katerh_fitness and is packed with workouts and plenty of menopause inspiration and advice.