Glycans as Drivers of a Disease Risk 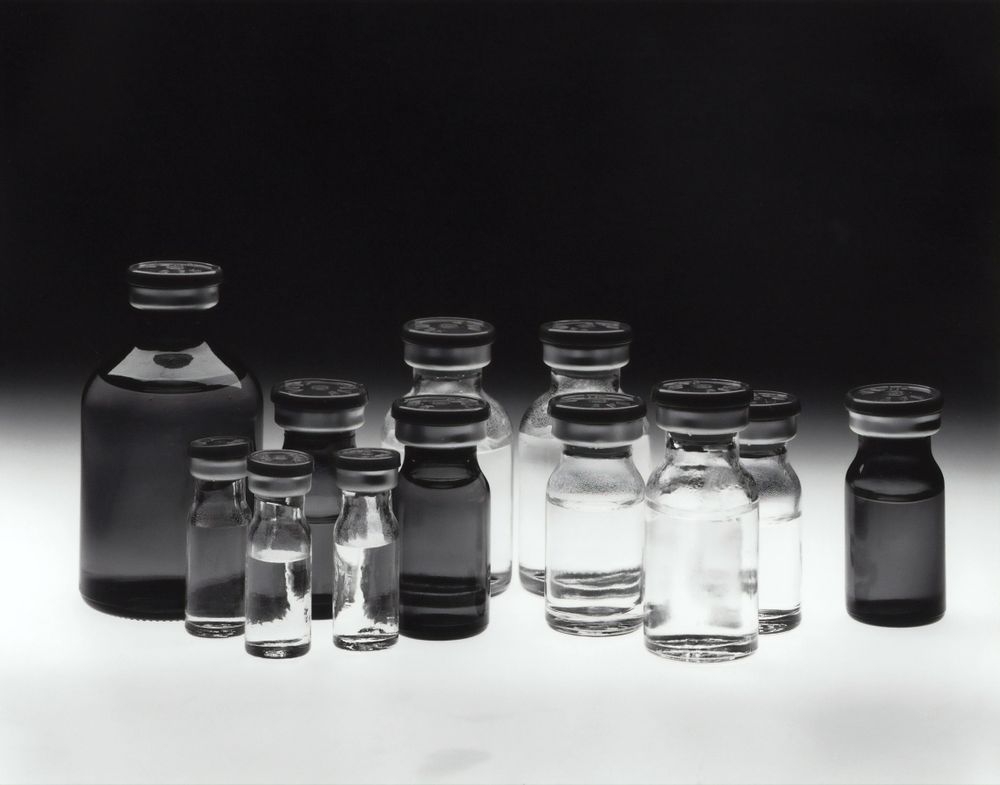 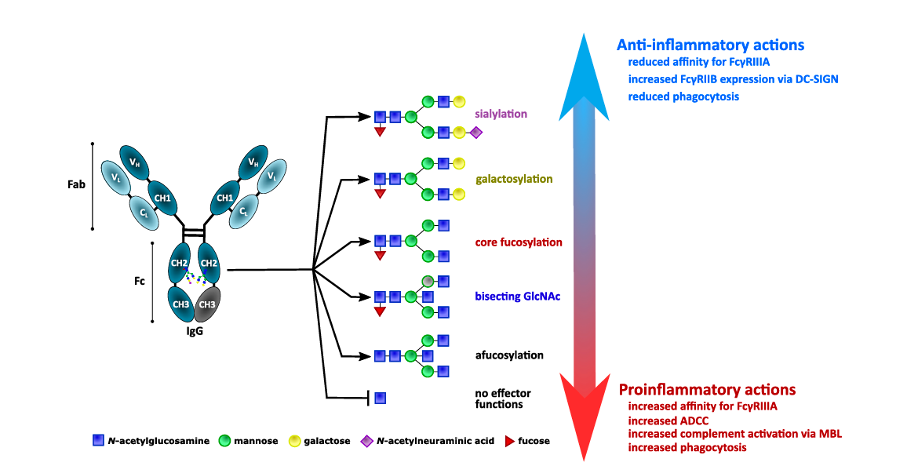 Though the family history of certain diseases increases the likelihood of a person becoming ill, in most cases it is not as simple to determine the risk of developing the disease as both genes and the environment contribute. You might inherit your grandmother's good heart, but your lifestyle will determine how long that heart will serve you. As simple and self-explanatory as that might sound, on the molecular level there are still many unknowns. Only recently we began to understand the complex pieces of machinery involved in the disease onset and uncover the molecules that drive the interaction between our bodies and the outside world. A new review paper published in Molecular Aspects of Medicine gives a broad overview of scientific literature exploring the role of glycans and the link between genome and epigenome in determining disease risk.

But what exactly is the difference between genome and epigenome, and why are glycans important for the disease risk?

Genome is your entire inherited information, an entirety of the DNA with all the genes (templates for protein production) written on it. Genome is a blueprint for your grandmother’s heart. The epigenome, on the other hand, encompasses the network of regulators that change the way the genome is read. To illustrate it, in a sentence (Let’s take a sledge, hammer, and plow through the doors.) genome would be the equivalent to the letters while epigenome would be comparable to the punctuation and spaces. With a simple change of spaces and punctuation, (Let’s take a sledgehammer and plow through the doors!) sentence can completely change the meaning without changing a single letter. The same is true for our proteins – epigenome can greatly affect the function of the protein by changing how its genetic blueprint is read. Proteins that are encoded by genes are our bodies’ machines and building blocks, so even a minor change in a single protein can have a body-wide effect.

Protein function can be further transformed by the introduction of so-called secondary modifications. Just like epigenome fine-tunes the genes, secondary modifications (or epi-proteome) that decorate proteins adjust their activity. Again, even minor changes in epi-proteome can determine how a protein behaves, interacts, works, and even how it looks. You might think that looks aren’t that important, but when it comes to proteins, their appearance is often inherently connected to their function. A slight change in appearance can turn a protein that is otherwise a helpful tool into a deadly weapon. So, it is not only important to consider the composition of the protein, but also of the secondary modifications decorating it.

One of the most prevalent secondary modifications is glycosylation; a process of adding complex carbohydrates (glycans) to the surface of proteins and other molecules. It is already known for a while that certain types of glycans from human blood (especially IgG antibody) often associate with the diseases. Additionally, a fraction of such inflammation-related glycans also increased with age. This correlation was mainly observed for glycans attached to the antibodies – most notably Immunoglobulin G or IgG N-glycosylation. Similar types of inflammation-related IgG N-glycans were observed in a myriad of different diseases including diabetes, rheumatoid arthritis, cardiovascular diseases, etc. However, only recently has modern science started to investigate the question: are inflammation-associated glycans actively causing the diseases or simply appearing in a response to a pre-existing condition?

To answer that, researchers looked at the IgG N-glycosylation in years before the onset of the first symptoms. The role of the IgG within our internal defence system (immune system) is to detect the problematic molecules, mediate their destruction, and interact with other components of the immunity to achieve an appropriate response. Under normal circumstances, the function of the immune system is to protect the organism from the negative influence (both external and internal). But in many diseased states and conditions, the immune system turns against its host, either directly causing the problem or making it worse.

Rheumatoid arthritis is perhaps one of the most studied diseases in this regard, but similar patterns of aberrant glycosylation were observed also for the other diseased states. In a mouse model, the absence of a key enzyme responsible for the processing of N-glycans caused the onset of an autoimmune disease similar to human systemic lupus erythematosus or SLE, while a genome-wide analysis in humans identified glycosylation-related genes that associate with SLE. Aberrant glycosylation has also been observed in multiple sclerosis, diabetes, cardiovascular diseases, etc. Even though there is often an identified genetic component to the disease, genes can only explain so much. For instance, genes identified in association with inflammatory bowel diseases only explain 25% of the hereditability, and environmental factors such as air pollution, diet, smoking, antibiotics, gut bacteria, etc. influence disease severity and progression. Since slight changes in IgG N-glycosylation affect an entire cascade of events within the immune system, glycosylation could play a direct role in connecting the environmental effects with the disease progression.

Unlike proteins, glycans are not produced from a pre-determined template and their composition is heavily affected by environmental conditions. In fact, there are over 800 genes involved in the process of glycosylation, with dozens of genes regulating the synthesis of a single glycan structure, and environmentally determined epigenetic regulation can determine how these complex structures are assembled. Studies that disturbed epigenetic regulation noticed an effect on the composition of glycans. One such study performed on the cells of liver cancer (hepatocellular carcinoma) showed that treatment with the epigenetic inhibitor changed regulation of approximately 20% of the observed glycogenes (genes involved in glycosylation). Additionally, that same study was able to demonstrate that all the induced changes were reversible upon removal of the epigenetic inhibitor drug. Yet another level of interaction between the immune system and the environment mediated by glycans occurs at the level of interaction with “good” microorganisms inhabiting mucosal surfaces such as the mouth cavity and gut with positive interactions playing a protective role against the onset of many inflammatory and autoimmune diseases.

Taken together, these and other findings support a so-called “dynamic glycoform model of IgG glycosylation” which suggests that IgG glycosylation is shaped and modulated by the immediate environment. That regulation is likely achieved through environmentally determined epigenetic regulation and potentially other effects. Though it is not yet entirely clear if pro-inflammatory IgG N-glycome actively participates in the genesis of different diseases, a growing body of evidence suggests that it's not merely an innocent observer, but most likely a potent driver in determining the disease risk.